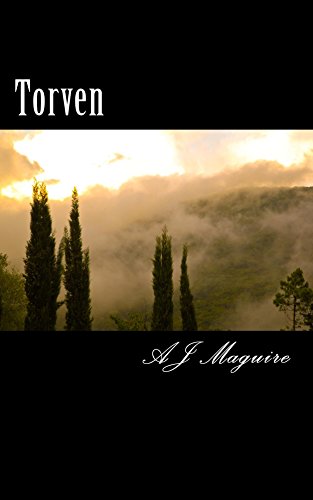 You can find it on Amazon right now in both Kindle and Paperback versions. However, if you purchase the paperback then you can get the Kindle version for free.

Torven is a novelette, which means it is very small – just eight chapters long. It is a fairy tale and I did write it for my eight-year-old son, so it’s safe for all ages … as long as you don’t mind a little violence.

From the back cover:

Torven knows he is no normal beast. What little he can remember of his past tells him that he was a man once, not the wolf he roams as now. And he had known love once; a love that ran so deeply he can feel it even in his cursed form.

The Witch who controls him seems to delight in his torment, and under the watchful eyes of her minions Torven can find no peace. But when a poacher comes into the Blightwood Torven finds himself with a new assignment, handed down by the Witch herself.

Unable to combat the Witch’s magic, Torven goes on the hunt only to discover that this poacher is a woman. And not just any woman, but the woman from his memory. As time runs short and the Witch’s patience grows thin, Torven must find a way to communicate with the girl, to warn her of the danger, before an even more tragic fate can befall them.