My writing career started with Sedition, a fantasy novel about a pair of brothers trying to 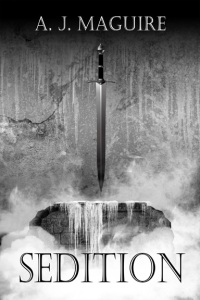 rescue their mother. The book went through several revisions – and so many titles it hurts my head to think about  – but in January of 2011 its story line was set in stone.

(Mostly because the publishing house would have smacked me if I tried altering anything after the Galley Proofs were done.)

When I first started writing it, I was doing it for fun. I enjoyed stories and wanted to tell one, so I started writing snippets on 3×5 cards that I carried with me wherever I went.

Fans of the novel might be surprised to learn that Trenna Croften was not the original hero. In fact, the book began with Brigetta Isleen Chridhe – the woman magically abducted from home and dropped in the middle of a political war between a King and his sons.

I learned about Kiavana – the kingdom where the first book takes place – through Brigetta because she was just as new to the stage as I was. At the time I knew very little about writing, so I stumbled through the countryside right along with Brigetta, encountering senile knights who continually “squired” whoever happened to be the most helpful, and a prince who hid his motivations under a veneer of disinterest and materialism.

As I began to uncover the secrets of the world I was creating, Trenna Croften emerged. In fact, her first appearance was the scene where she interrupted an assassination attempt on the eldest prince. When she asked if assassins were paid well, she made me laugh, and essentially stole the book from there. 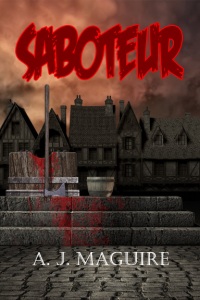 Or… well… a whole series, as it turns out.

Saboteur, the sequel to Sedition, was released in January of 2012 and in February we will see Usurper make its way onto virtual shelves.

While Brigetta may have been reduced to a minor character in the original novel, I’m happy to report that she has a much larger role in Usurper. I had thought that writing her would be easy since I knew so much about her origins, but as it turns out I was wrong.

For the timeline of the novels, it has been over 20 years since we last saw Brigetta and she has undergone quite a few changes. She’s a Blood Mage, for one, and for another… she married an assassin. (Because apparently I can’t get away from assassins in these novels.) Her voice is different because she has changed as a character, so I had to re-learn who she was in order to portray her correctly.

Now, I recognize that it has been many years since Saboteur was released and I do 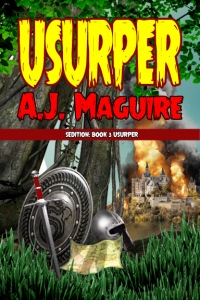 apologize for that. Usurper was a joy to write, it truly was. But between school and being a full-time single-parent and working full-time and… ahem… my other novels (Is it weird I feel like I cheated by writing all that science fiction in the interim?)… I just didn’t have enough time to do it all.

I should take this moment to mention that there is at least one other book – Warpath – that I am constructing. It isn’t on the list for this year, but will be next year. The good news is that much of Warpath is already done because part of my problem with Usurper was that I was trying to pack two books into one.